How to Avoid Procrastination by Time Boxing 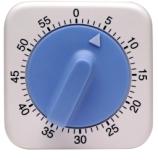 Want to know how to avoid procrastination?

I use it all the time -- it's the  most effective method I've found for getting stuff done that I need to do but don't want to do.

Time boxing is a self determined time block of focused work on anything you want to get done, but could easily put off because it seems too complex, boring or overwhelming.

Pick any difficult project or task you want to complete.

If you want to know how to avoid procrastination, time boxing will get you started and see it through to completion.

How to use it

Choose a ‘box’ of time that you can (a) afford, and (b) face working for, then set a timer and get on with it. How long for depends on the amount of resistance you feel.

Can you work on it for 30 minutes? If not, make it less, maybe even much less. In our house we even have a ‘two minute tidy’!

The length of time you choose has to be less than the resistance you feel to starting.

When the time is up, stop. You now have two choices: come back to it later or keep going.

Using the two minute tidy example, we invariably keep going. On the surface that seems like a good thing, and it is, if it doesn’t affect other things later.

More often than not, though, it does. It’s usually better to plan another time boxing session later on. This takes a degree of self discipline, but practice, and you’ll gradually estimate increasingly accurate time boxes.

If you know what you want to do, but don't know how, or where, to start, block off a length of time of your choice. It works on any task, project, goal or role, and the more you use it, the greater your gain:

The greater the task, the better time boxing works.

As a general rule of thumb, make each session at least three times as long as it takes to set up and pack up.  That way you'll more efficient.

Projects (more than one action)

Don’t know where to begin?  Pick your highest priority project, then time box a planning session to work out what happens when.  Ideally you’ll finish planning within the session.  If not you can keep going if (a) you feel like doing so,and (b) the knock on effect on the rest of your day is really worth it.

Otherwise, schedule another time box to move the project on further.  Repeat until complete,

How often do you dedicate a regular chunk of time to developing your various roles?  Set some aside to reflect, plan or learn how to get better at what you do.

Time boxing and goal setting go hand in hand as this article explains.

Pick something you’re putting off. Whether you’ve ground to halt or haven’t even started, give this a go. If you want to know how to avoid procrastination try time boxing -- it really does work.

Remember the Golden Rule though:

The length of time you choose has to be less than the resistance you feel to starting.