The Secret of Time Management 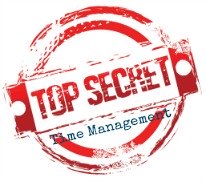 It happens time after time.

You start the day with such good intentions. There’s plenty to do and you're all set to do it. But people want things, ideas pop up, something grabs your attention...

And so another day passes doing things you didn't plan to do, scratching the latest itches that appear in your life. And what’s really frustrating is that you keep doing the same thing.

What if there was a way to make sure you get the right things done? What if you could consistently stay focused and do what you had actually planned to do?

There is, and you can.

It's natural to react to the latest and loudest demands on your time.

But that doesn't mean you should.

Reacting is what prevents you from doing what you planned to do.  And, before you know it, those incomplete planned tasks turn into stress causing crises.

Of course some things genuinely do need to be dealt with straight away. Whether it’s an angry client or a flooded kitchen, you‘ll know it when it happens.

But most things don't deserve your immediate attention.

Let's use email as an example...

What do you do when the latest message drops into your inbox?

Either way, your planned work suffers.

Most email requests can be deferred using a simple system.

So why do we do keep doing this?

It’s simply human nature. We tend to react to whatever demands our attention, even if it's not in our best interests to do so.

We let the marketing fool us, giving things more importance and urgency than is necessary. Scan down the messages in your inbox and you'll 'feel' what I mean.

It's time to learn the secret of time management...

The trick is to know the difference between real and apparent emergencies.

People who know the secret of time management make far fewer knee jerk reactions to demands, requests and ideas. They respond by giving things the attention they really deserve at the most appropriate time.

In short, they don't cherry pick random things to do -- they get planned things done

The secret to time management is to make it your default setting to create a gap between input (whatever you decide to do) and output (when you do it).

Effective time managers ask themselves five quick but crucial questions about what to do:

Will it be worth my time and attention? To what extent will I know?

Is it really for me to do or would it be better for someone else to do it who has more skill, experience or time, but who won't be too expensive to delegate to.

What's the best time to do this? Now or later? How will it impact on other things that I want to do? Is it possible to do other things like it at the same time?

What are the working conditions? Again, can it be batched together with similar tasks in the same place?

Are we talking perfection or simply good enough?

Whether those decisions are made consciously or not, the result is the same: They react less and plan more, which partly explains why they are so good at doing what really matters.

You’ll still get sidetracked unless you practice one essential habit...

Do what’s on your to do list for any given day.

The only things you do that aren’t are those genuine 'emergencies'. Everything else that come your way today?  Put it off.  Do it later, do it tomorrow, or don’t even do it at all.

If you find yourself disappearing down a rabbit hole marked ‘Stuff I Haven't Planned To Do’, pull yourself back up out and get back to what you committed yourself to today.

After you’ve done what you planned is the time to reward yourself with whatever you want to do.

Keep your list close, check it throughout the day and do it until it's all done.

That is the secret of time management.  It’s simple and effective, but most people just don’t apply it.

Be one of the few who do.

Put it into practice...