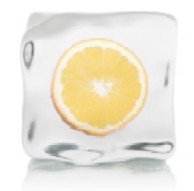 Ice breakers for meetings? Why?

That may sound flippant, but it’s important that people relax, get to know each other and contribute meaningfully.

Meetings are a huge investment of time and money, so create a positive working atmosphere from the beginning.

Try these meeting ice breakers to do that...

Everyone says three things about themselves, one of which is made up.

Other delegates have to guess which "fact" is fiction.

Nobody is permitted to smile for a set length of time.

As ice breakers for meetings go, this is surprisingly effective.

Maybe it’s reverse psychology, but people often start smiling or laughing because they’re not allowed to. A variation on it is no blinking.

Ask people to write down a single question they have about the topic of the meeting and then invite the group to respond.

"What is one thing would you most like to take away from this meeting?".

Of course you need to be careful with this one. Confident cynics who are there as unwilling participants could have a field day with this one!

As a counter measure, ask that the question is a constructive one.

Participants say their name and the place they would most like to visit in the world (or somewhere that they have alrady visited).

Other delegates can then ask them what it is about that particular place that appeals.

A simple ice breaker for meetings.

Participants share with the person next to them how they feel about the upcoming meeting by indicating their enthusiasm as a score of 10.

Could be extended to exploring reasons for the score (see Ground Rules below first though).

Everyone needs a pen and paper.

They have to speak to as many other people as you decide and record something they have in common.

The first person to complete it wins a prize.

Hard to get people going with this one, but once they do this is a sure fire winner.

More suitable for an all day event.

Teams have to create a cushion for the egg from the materials provided. They then have to drop the egg from head height without it cracking.

Can be messy, but this one is guaranteed to break the ice (and possibly the egg).

The facilitator asks each participant to name three of something.

Split the group into teams of four or five.

Give each team a simple topic such as...

"What would you take to a desert island?" or "List the countries of Europe".

Give teams two minutes and tell them,

"The team with the most items on their list wins".

People will offer ideas without worrying so much what others will think.

After they have gathered, have each group write down the pros and cons of their particular birth order.

"I always got stuck with hand-me-down clothes, but I was allowed to get away with more."

This offers people a chance to quickly connect over shared experiences.

The simplest one of all.

Ask delegates their name and where they come from.

Meeting icebreakers are meant to introduce the meeting itself. They shouldn’t be too short or over run.

The length should be proportionate to the time allocated to the meeting.

Having a light hearted meeting icebreaker is fine. Ensure that no one feels victimized though. That would not set the tone well.

Make sure nothing compromises the dignity of anyone, particularly if you don’t know one another.

What, when, how and who are far less threatening ways to find out about each other because they don't question the person's values - usually an ice maker rather than breaker.

These are all tried and tested ice breakers for meetings that will help your meeting get off to a great start in a warm atmosphere.

Give them a go!